The Kokoda Track, 1942. Jack and Hoshi are soldiers from opposing armies, who meet in battle and discover they have much more in common than they could ever realise. Told from the point of view of two soldiers, one Australian, the other Japanese, ‘Photographs in the Mud’ reveals the personal human tragedy of war for both the soldiers and their loved ones at home.

Photographs in the Mud was first released in March 2005 and has not been out of print since then. Set on the Kokoda Track in 1942, the story explores one battle through the eyes of an Australian soldier, a Japanese soldier and the families that wait for them. This story was inspired by a 2002 trip to Papua New Guinea to walk the Kokoda Track and research YA novel Shadows Walking (not yet published). You can see photos from this expedition in the photo gallery.

Photographs in the Mud has been shortlisted for multiple awards and is used as a peace reference internationally. In 2009 a limited edition Japanese translation was released. Illustrations by award winning artist, Brian Harrison-Lever, bring multiple layers to the text.

‘Here is a stunning book that will force readers, young and old to assess their own beliefs of just war theory. Not to be missed.’ – Reading Time

In July 2002 I went on a research trip to Papua New Guinea, where I walked The Kokoda Track with eight fellows and our porters. Two of the men were brothers and their father was in the famous 39th Battalion during WW2. Their two sons were also in the group, along with family friends, myself and, Reg, our trek leader. 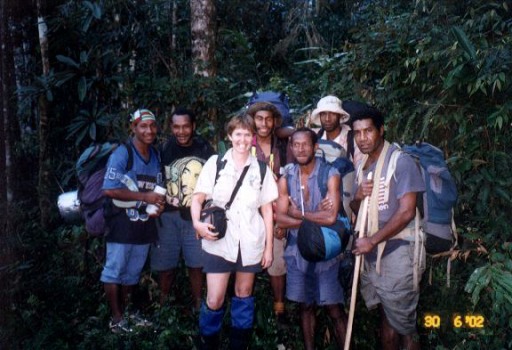 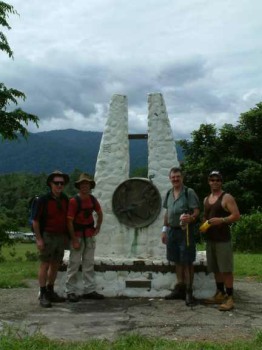 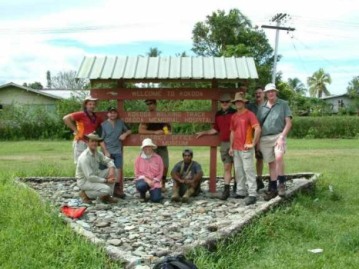 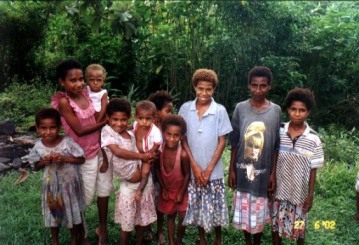 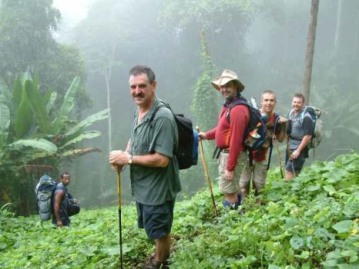 6 thoughts on “Photographs in the Mud”