So many stories came to light during three years+ of research. Each one worthy of its own book. The Anzac Flag and Harefield Quilt are two objects that captured the patriotic mood of the time. Both keepsakes survive one hundred years later; one in Harefield and the other in South Australia.

The Anzac Flag: Last week, I wrote about Headmaster Jeffrey running into a classroom to pull down a Union Jack to drape over Private Wake’s bare coffin. As the war continued more patients died and the flag was used many times to cover soldiers’ caskets on their final journeys from hospital to graveyard.

Patients’ funeral cortèges passed down Harefield’s main street with villagers, patients and nurses in attendance. After the war ended, the Union Jack which had covered soldiers’ coffins was presented to the hospital’s last commanding officer. Lieutenant Colonel Yeatman was tasked with giving the flag to an Australian school and asking them to send their own flag in return. Adelaide High School was selected in recognition of the generous relief parcels which students sent to Harefield during the war years. Adelaide High School has treasured the Harefield Flag for over one hundred years, hanging it in a prominent position until it became too fragile to display. The flag has recently undergone extensive restorative work to preserve this symbol of friendship between communities.

The Harefield Quilt: was created in 1917 as a fund-raising exercise. It was made by volunteers of the British Red Cross Society. The idea with fund-raising quilts was that you donate a sixpence, write your name on a large cloth, ready to be embroidered.  In the case of the Harefield Quilt, twenty small squares containing signatures surround a central square. The central patch shows the Red Cross emblem, the Advance Australia ensign as well as motifs of the 29th Battalion and 31st Battalion of the Eighth Brigade. 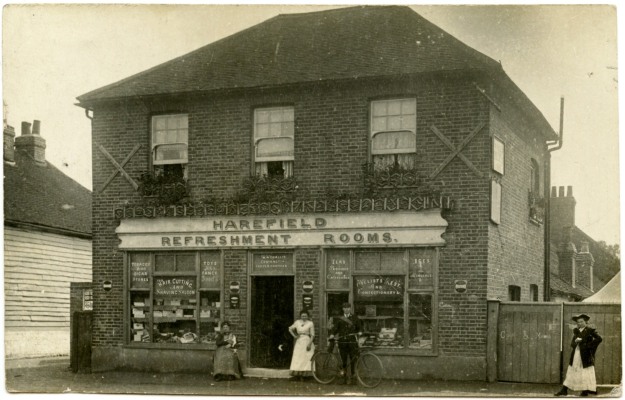 Descendants of Mrs Helena Gough who opened tearooms in her home in High Street presented the quilt to St Mary’s Church for safekeeping in 1972. Each April the quilt is displayed on Anzac Day in remembrance of the soldiers who died in Harefield. In 2015 a centenary quilt was commissioned. It hangs in the Harefield Hospital.

Next Wednesday’s post will focus on Jimmy the wallaby mascot and the Harefield cockatoo. Thank you to the Department of Local Government, Sport and Cultural Industries for funding support.