… nor keep a diary. In earlier ‘Light’ series titles, Lighthouse Girl, Light Horse Boy and In the Lamplight, I used point-of-view switches between 1st person and 3rd person to add layers. I couldn’t do this for The Last Light Horse.

Researching and writing about a wartime horse was challenging. I needed to add layers differently. There are excellent historic records for humans that served, but that’s not often the case for animals.

The Last Light Horse is divided into four parts, linked to four of the significant men in Sandy’s life. The first is Francis O’Donnell. His family owned the brick kiln in old Tallangatta where Sandy hauled bricks. Francis was keen to serve, however as a Catholic, he was encouraged not to support an ‘English’ war. Instead, Francis donated his best horse. You can read more about Francis here.

The next important figure in Sandy’s life was Major General Bridges. His dying wish was that Sandy be brought home to Australia. The page below shows details of his funeral. In the left-hand image, boots are turned backward to denote a fallen soldier.

After the death of Major General Bridges, Captain Leslie Whitfield, a veterinarian, cared for Sandy In Egypt. When Whitfield was transferred to France, Sandy went too. The veterinarians rode horses to the edge of battle to treat wounded animals. A steady horse like Sandy was invaluable.

Archibald Jordon met Sandy at the Calias Veterinary Hospital. Archie became Sandy’s groom and was the soldier chosen to accompany the old horse home. Their ship docked in Melbourne soon after the 1918 Armistice was signed.

Sandy had been away for over four years. He spent his remaining days at Maribyrnong until, aged 23, and almost blind, he was euthanised. Archie died a few months later.

Each year on Remembrance Day, as well as wearing a red poppy to remember the people who served, I wear a purple poppy to remember the animals that have gone to war. There are other warhorse-related blog posts on this site, focusing on different titles in the ‘Light’ series. To read more, use the search function. Lest we Forget.

Around 136,000 horses were sent from Australia to the First World War. Just one came home; Sandy, the favourite horse of Major General Bridges.

Sandy was raised in the high country of Victoria. He carted bricks in Tallangatta until the O’Donnell family donated him to the war effort.

The strong Waler soon became the favourite of Major General Bridges. They travelled from Melbourne together on the Orvieto flagship, joining other ships of the 1st AIF convoy in Albany.

From Albany, the convoy of Australian and New Zealand ships travelled to Egypt where the men trained near the pyramids. Then in April, they sailed to the Gallipoli peninsula. It was too steep to land Sandy and the other horses.

A few weeks after the landing, Major General Bridges was shot by a sniper. Legend has it that the Major General’s dying wish was for Sandy to return to Australia. Those wishes were honoured in 1919.

The Last Light Horse explores Sandy’s journey from Tallangatta, through the war years until his death in Maribyrnong in 2023, via text, archival images, and evocative charcoal sketches by Brian Simmonds. This week, in the lead-up to Remembrance Day, I will be posting images on Instagram to honour the men, women, and animals who sacrificed so much during wartime. Lest we Forget.

Who would’ve thought four years ago when I was researching the WWI Spanish Influenza pandemic for In the Lamplight that we’d be in the situation we’re now in?

In 1918-1919, nurses risked their lives to care for vulnerable patients. Their dedication was a major inspiration for my writing process. I tried to imagine their stoicism and fear. It’s estimated that a third of the world’s population became infected by the Spanish Flu and that over 50 million people died.

Today, around the world, medical staff are again risking their lives, this time to save people suffering from Covid-19. At the time of writing, over 1 million people have died from coronavirus with more than 50 million people infected.

Images from WWI hospitals helped bring my fictitious characters to life. I wonder what future creative responses will be inspired by the current images of healthcare workers in P2 masks, gloves and body gowns.

Lest we forget; not only the brave nurses of the past, but also the selfless dedication of our current medical heroes. 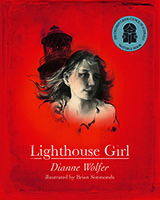 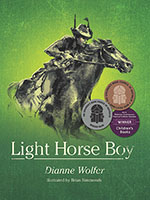 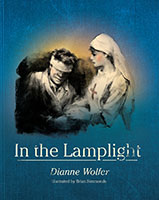 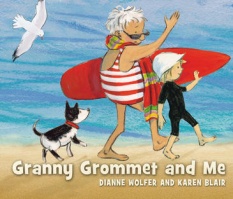